Back from another planet…

So it seems I fell off the planet again. Sorry about that. I thought about waiting a couple more months and then it would have been a whole year since I posted. UGH! That’s terrible. Time has a way of getting away from me. I’ve been stuck in this creative rut for at least a year. I can still create – it is just incredibly painful! It is like torture. But I’ve done some fun things during this time and when I look back on it, I think not so bad.

I’ve done many lettering jobs over the past year but I’ve spent most of my time doing other more 3D creating like knitting, drawing, and sewing. I’ll post some going forward.

But since this is essentially a lettering blog, I’ll post a couple recent (and not so recent) lettering jobs. I had so much fun doing this lettering for the Symphony of Southeast Texas. My favorite style of lettering…flourished.

And it was actually relaxing to design this logo for a custom wedding studio. The flourish just flowed. Aneeta J. 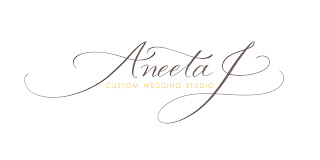 I also designed a logo for our favorite homeopath. This was the first time I tried my hand at Illustrator. I’ve been busy trying to learn Illustrator. UGH! Not an intuitive program. Anyway, I was happy with what I came up with…especially since the art direction was, “think spiral, vortex; the matrix of creation is sacred geometry which is not fixed in anything but truth….as above so below….” [what?] Anyway, this was my interpretation of that:
﻿

That’s all for now. Three more days and the kiddos are back to school! Hooray and boo – means more time to post!
Truly,
Erica